Pillar To Post Home Inspectors franchisee Matt Lloyd is good at detecting problems. With a 23-year career in law enforcement, Lloyd developed skills that transfer well to a home inspection franchise. Along with his wife, Lisa, Lloyd owns a Pillar To Post location in Haymarket, Va.

Lloyd’s career spanned over two decades in local law enforcement, serving as a NYPD detective before transferring to the Federal Service within the Department of Homeland Security following the Sept. 11 terrorist attacks. He went after bad actors for years as a patrol officer, detective and supervisor, as well as various roles in robbery investigation, narcotics, gang intelligence, aviation crime and counter-terrorism investigations with the Joint Terrorism Task Force. 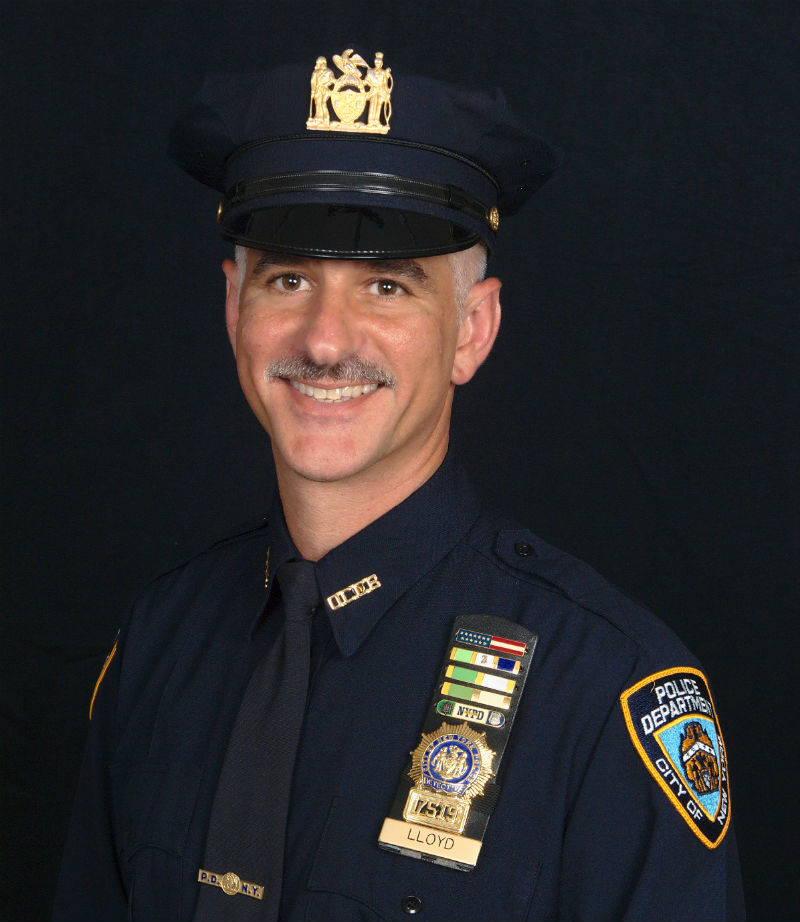 Pillar To Post franchisee Matt Lloyd from his NYPD days.

After retiring from law enforcement, Lloyd began searching for a job as a government contractor before an online ad about owning your own business caught his eye. Lloyd conducted more research and was looking for a way to reduce risk while becoming his own boss. “I read somewhere that 90 percent of all new businesses fold in the first year,” he said. How do I minimize that risk? Franchising. Proven systems. Templates. Not recreating the wheel!”

The observation skills learned from years in law enforcement carry over nicely from investigations to inspections, Lloyd notes, adding that the same skillsets apply. “What am I looking at? What does it mean? How does it fit in the larger picture or totality of the circumstances? What are the ramifications?” Law enforcement “is a people-centric environment,” Lloyd continues, “as are home inspections.”

Pillar To Post appealed to Lloyd because of an interest in carpentry, electrical and plumbing work, as well as the company’s position as a market leader. “As a former member of New York’s finest whose motto is “The Greatest Detectives in the World,” I could relate. The more I investigated, the more I learned and the more I liked,” he said.

Matt Lloyd owns a Pillar To Post location in Haymarket, Va. with his wife, Lisa.

Tampa, Fla.-based Pillar To Post’s network includes more than 470 franchisees across 48 U.S. states and eight provinces in Canada, with the Canadian headquarters in Toronto. Lloyd’s research uncovered that the franchisor is well-positioned for growth around the nation’s capital. While a National Association of Home Builders study found that the average buyer of a single-family home will stay there for 13 years before moving out, Lloyd said that timespan is much shorter in the areas surrounding Washington, D.C., because of the ebb and flow of the region’s political, civilian-federal and military populations. This leads to a demand for more home inspections, he continued, and with many existing home inspectors projected to retire over the next three years, “the business outlook is stellar for the home inspection industry.”

Lloyd describes the franchise business model as the combination of the name recognition, established systems, national marketing programs, and depth of experience from a large organization with the ability to make decisions based on the needs of the local market from a small business perspective.

Franchising has allowed Lloyd to enjoy more of life’s moments. “I work more hours but my time management is totally up to me,” he said. “If the books need to be done at 11:00 at night because I want to be there for my daughter’s play or son’s game, then that’s what I do. Simple. Done.” Becoming a franchisee has also opened avenues to giving back. “We have been able to engage with our partners in community programs to help the less fortunate, families in trouble, and children in need through local food pantries, community action networks, National Children’s Hospital and St. Jude Children’s Hospital.”

Stories like Matt Lloyd’s are essential to IFA’s @OurFranchise campaign that showcases the positive attributes of how franchising impacts people’s lives. Get involved by sharing your story and join IFA’s Franchise Action Network to support grassroots advocacy efforts to help protect, enhance and promote the franchise business model.

Andrew Parker is Senior Manager of Publishing for the International Franchise Association and Editor-in-Chief of Franchising World magazine.

Next Article: Kevin Hern is Taking the Values of Franchising on the Campaign Trail and Running for Congress